How You Can Help

The number one concern of Americans today is jobs. However, the Affordable Care Act is devastating full time job growth.

One of the fundamental problems American business now faces is the breakdown of the rule of law. In addition to being unconstitutional, when President Obama repeatedly changes the ACA unilaterally, rather than changing the law by going through Congress, he generates tremendous instability. This uncertainty dissuades employers from expanding.

Businesses of 50 or more face penalties if they do not provide healthcare coverage for their full time employees. To avoid such a penalty, small businesses that could otherwise grow are discouraged from hiring more than 49 employees.

Businesses are also penalized if they do not provide healthcare coverage for employees that work 30 hours a week or more. To avoid this penalty, millions of Americans are limited to 29 hours of work per week.

We see this reflected in the Bureau of Labor Statistics February 2013 jobs report. During February 2013, America's working age population grew by 165,000, yet 130,000 people dropped out of the labor force. Further, the number of full-time workers fell by 212,000. We saw a "drop in unemployment" because the number of part-time employment rose by 382,000.[i] The chart below shows the rapidly contracting American workforce: 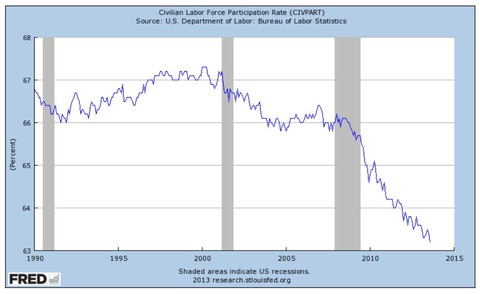 Physicians for Reform proposes to reverse this trend by calling for the repeal of Obamacare, laying out five guiding principles, and then outlining 17 specific reforms to be undertaken one at a time to reduce healthcare costs and bring stability to the healthcare market. 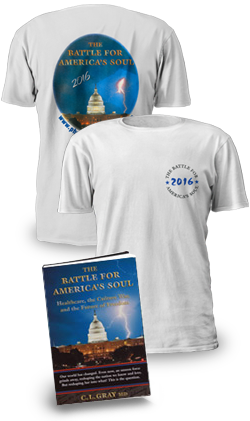