Any attempt to rebuild our social support system must accomplish two things:

1) Improve outcomes for patients on Medicaid while easing state budgets, and

2) Empower lower income Americans so they can climb the economic ladder.

Our current combined federal / state run system has resulted in a bloated program with a massive bureaucracy. It is not that we spend too little money on Medicaid, it is that we spend the money inefficiently.

For example, total Medicaid spending is now so massive it cripples virtually every state budget and crowds our spending on other state priorities such as education and transportation. Yet, physician reimbursement is so low patients on Medicaid are lucky to find a regular doctor.

Physicians for Reform has outlined a solution using Block Grants for Medicaid to give states both the incentive and ability to craft lean, efficient Medicaid programs. We focus on giving patients more control over their healthcare dollars.

By letting patients on Medicaid purchase lower cost / higher deductible individual policies, then partially funding Healthcare Savings Accounts on a sliding scale basis, these patients would now have “skin in the game.” This would let them choose what physicians they wanted to see and give them a reason to ask “how much does this cost and do I need this test?”

In turn we encourage “direct patient pay” models for primary care physicians. This would free physicians to care for their patients and eliminate much of the massive bureaucracy that now cripples the system. 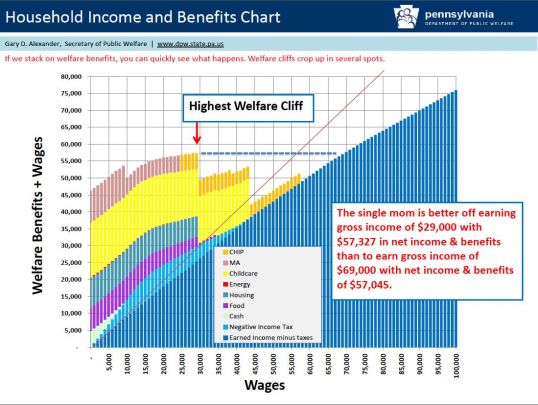 Because our current system cuts benefits substantially once a single mother of three kids earns over $29,000 a year, there is no reason for her to pursue an education or seek a job promotion. In other words, she is trapped in poverty, and her children will likely be trapped in poverty as well.

America remains the most generous nation on earth. We want to support our fellow citizens when they are in need of help.  The power of this alternative system is that it still supports people need, yet does not trap them in poverty. Lower income Americans would no longer be subject to punitive welfare cliffs.  With punishment removed, freedom is gained to work an extra shift, take a promotion, or pursue further education.  As their income grows, they will be better off while at the same time retaining health care.